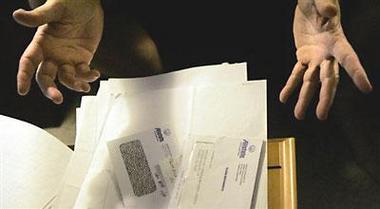 Vijay Ramachandran, Citizens’ chief operating officer, said the companies will assume the 10,890 policies Dec. 1. He said since Citizens started farming out its polices to private companies in 2008, 67,660 have been removed from the Citizens pool.

Insurance officials said once they factor in normal cancellations and customer transfers from Citizens to other carriers outside of the “depopulation program,” the number of Citizens homeowner’s policies will be about 105,000.

Insurance Commissioner Jim Donelon said before the program began, Citizens had about 174,000 homeowner’s policies on its books in 2008. Although the decrease in policies is good, Donelon said, he thinks the state-run insurer can shed another 20,000 to 25,000 policies.

The “agent of record” for a policy can veto the switch from Citizens to a private market insurer, Donelon said.

“This program has been very successful,” Ramachandran said. When private companies take over the policies, the result is “generally saving money for the policyholders.”

With the pending reductions, Donelon said Citizens is projected to have 4.3 percent of the homeowners market in the state and rank sixth in size of market share. It had about 5.3 percent of the market at the end of 2010, officials said.

At one point Citizens was the third-largest homeowners’ insurer in the state.

“Policies taken out of Citizens and written in the private insurance market will be written at lower premiums for those consumers.”

State law requires that Citizens must charge 10 percent more than the highest private homeowners rates in a parish.

The first round of reductions, held in June 2008, saw the greatest number of polices removed from Citizens’ book of business, 26,593. The program was so popular that a second round was held in the same year, and another 13,343 were taken out.

Ramachandran said the companies assuming the Citizens policies will send letters to the policyholders informing them that Citizens will no longer be their insurer.

The policyholders then have 60 days to “opt out” of coverage by the new company and remain with Citizens, Ramachandran said. Based on past patterns, he said, “less than 2 percent opt out.”

“They get the same coverage or better for less costs,” Ramachandran said.