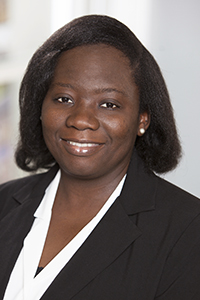 Martha Bako serves as Director of Product Management for Centauri Insurance. In this role she is responsible for the profitability of all company products, overseeing personal and commercial lines in nine states. Her responsibilities include product development, state expansion, program oversight, rate levels, underwriting rules, & form language.

Mrs. Bako began her insurance career in 2003 as a homeowner’s actuarial analyst for the Florida Office of Insurance Regulation (OIR) in Tallahassee. In that capacity she reviewed rate/rule homeowner filings submitted to the OIR, working diligently with companies to ensure rates and rating methods were appropriate and adequate given state statute. Prior to joining Centauri, she spent more than seven years at Universal Insurance Company of North America in Sarasota earning multiple promotions as her career developed from a product support role to full state product ownership. At Universal she was integral in developing several new programs as the company expanded into new states, including a new homeowner’s builder program.

Mrs. Bako earned a bachelor’s degree in Actuarial Science from Florida State University and an MBA from the University of Phoenix. She also holds the CPCU designation and is a member of the CPCU Society.