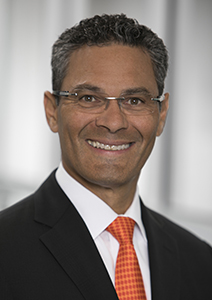 Under Espino’s direction, Centauri follows a strict policy of responsible underwriting and disciplined risk management, allowing it to reflect superior financial performance while growing and expanding into new markets. Prior to the creation of Centauri, Espino served as President of Universal North America, a multi-line insurance carrier based in Sarasota, Florida. Under Espino’s guidance, Universal was launched in 2004 as the U.S. operations for Universal Group, Inc., the company’s wholly-owned parent organization headquartered in Puerto Rico.

During his tenure, Espino was instrumental in the formation, planning and execution of the strategy for Universal, including regulatory, reinsurance, marketing, finance and accounting, underwriting, claims and customer service. He was responsible for overall operational management, including systems and controls. Universal has grown to be one of the top Homeowners carriers in Florida and expanded operations into 17 states across the U.S. Universal North America Insurance Company is rated “A-” (Excellent) by A.M. Best, while Universal Insurance Company of North America’s Financial Stability Rating from Demotech was recently upgraded to “A” (A Prime), Unsurpassed.

Prior to joining Universal, Espino held leadership positions at several insurance organizations, including Chief Financial Officer and Treasurer. He began his insurance career in 1991 at AIG, with positions in Finance and Accounting. His experience encompasses commercial and personal property and casualty, including auto, commercial and residential via various distribution channels: agency, direct and captive. Espino is a graduate of the University of Texas at El Paso, has been a Certified Public Accountant since 1994 and is a member of the American Institute of Certified Public Accountants.